One of Nigeria's foremost independent petroleum product marketing company, Fatgbems Petroleum Company Limited has commissioned a mega retail station in the capital city of Ogun State, Abeokuta. The unique aesthetics of the new outlet restates the brand's commitment to building a lasting identity and providing customers with real experience at every touch point.
The retail outlet which carries seven pumps of fourteen nozzles is designed to give customers speedy refueling of 5 mins turn-out time with the latest automation system to ensure customers are given right value for their money. It also warehouses a modern office complex, that will provide different services ranging from tyre sales, auto care, restaurant and super mart to offer a one- stop quality experience to customers.
The event was attended by the Ogun State Governor, who was represented by the Chief of Staff, Alhaji Shuaib Salis, Alake of Egba, Oba Adedotun Gbadebo, Former Speaker, Ogun State House of Assembly, Prince Suraj Adekunbi, Permanent Secretaries, League of Imams, Bankers and other well-wishers. Speaking at the event, Chairman Fatgbems Group, Mr. Kabir Gbemisola, said that in 2017, the company unveiled the new brand identity at our Berger service station, from that period till date, the number of stations re-branded between Lagos and Ogun States has grown to eleven. Which Include Adedotun, Ikereku, Ilepo-Oja, Awoyaya, Oju-Ore, Igbala, Dalemo, Cele, Berger , Aseese and IBB.


Mr. Gbemisola, further disclosed that the new brand identity is not a change of direction, but a restatement of our values and commitment to customers as the drivers of the business. In his words, 'We will continue to challenge the norms through our innovative and technology driven idea, in order to deliver quality service satisfaction to stakeholders' He added that the company will continue to uphold the core values of customer service, leadership, integrity, innovation, health & safety and environmental responsibility in the day to day operational activities. In his comments, Chief of Staff to Ogun State Governor, Alhaji. Shuaib Salis, stressed that the government will continue to support businesses and provide enabling environment that will help them thrive. As it is part of the agenda of the present administration to promote partnership that will improve on investors business and bring about economic and social wellbeing of Ogun State people. He commended the management of Fatgbems Petroleum for keeping to their promises and creating job opportunity for Ogun State indigenes and Nigerians at large.
The Alake in his comments, applauded the management of Fatgbems for upholding the tenets of the founding father and for pushing through the challenges to stay in business. He said, the new service station is a statement of the management' commitment to the developmental project of Ogun State. Fatgbems Petroleum is a member of Fatgbems Group, incorporated as an independent petroleum marketing company in 1994.


Head office team has emerged winners of the 2019 annual Fatgbems Group football competition, after playing one all draw with the retail side in the first game of the day and defeating the depot team one goal to nothing in the fourth and final game.
The competition which was a five aside game, where members of staff of the company showed great football skills had other side games including draft, scrabble etc. The competition took place at the Beehive School, playing ground in Alausa Ikeja. The team after defeating the depot side went home with a trophy, medals and cash prize. First and second runner-up also got cash and individual medal reward.

Speaking at the competition, Chairman Fatgbems Group, Kabir Gbemisola, disclosed that the aim of the tournament is to promote bonding and general fitness of the staff. It is also a time where every staff irrespective of their position can come together to share some exciting moments, playing football and have fun. He noted that, football promote emotions and unity which has shown in the way the teams coordinated themselves and the supporters of each teams also added colour to the event. The atmosphere for everyone was light and the teams showed great spirit of sportsmanship and the goal of the competition played out in the overall result everyone saw at the event. The Managing Director, Hassan Gbemisola, commented that, the management, had clear understanding of how important it is for everyone in the entire team to come together in such an atmosphere to unwind and compete in a relaxed mood. As it is the culture of the company to look after the well-being of the staff and consistently promote team bonding and winning together.


Olayinka Adeyemo, Head Office team captain, appreciated the efforts of the management in bringing everybody together to unwind and play football. He said, it is not only about to today, but winning together after the football competition. He added that, spirit of togetherness and unity must be encouraged at every level which was a factor for the success of his team. Fatgbems Group of company was incorporated as an independent petroleum marketing company and tyre trading company delivering service satisfaction and value to customers

We undertake our social responsibility activities under the Fatgbems Foundation. We realize the importance of giving back to society and especially the communities where we operate as key to the success of our business in tandem with our objective to add value to livelihoods and contribute to national development.
To ensure that our interventions are meaningful, we have a dedicated management team saddled with the responsibility of designing and meticulously implementing our social responsibility activities with active involvement of the communities under the Fatgbems Foundation. Over the years our CSR activities has focused on education, health and general welfare and the environment.

Fatgbems Petroleum is a member of Fatgbems Group of companies. The company was incorporated as an independent petroleum marketing company under late Alhaji Fatai Gbemisola, first chairman of the group, in 1986. 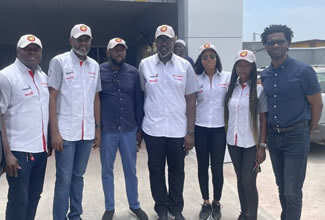 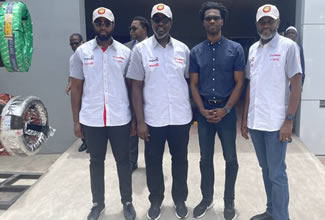 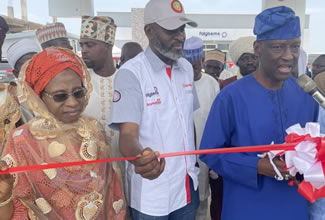 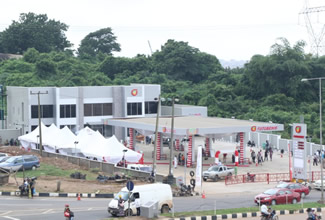 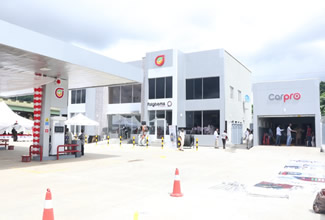 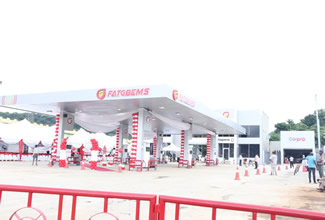 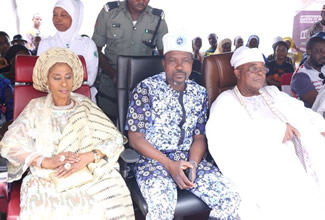 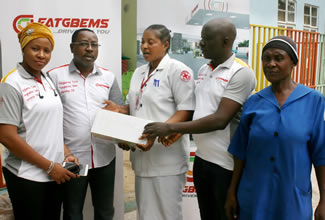 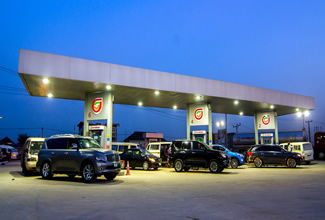 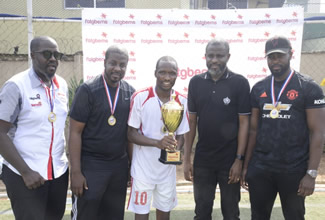 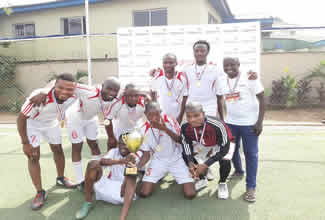 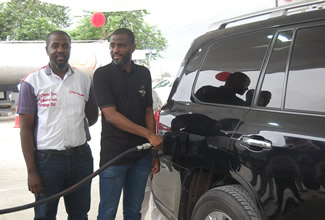 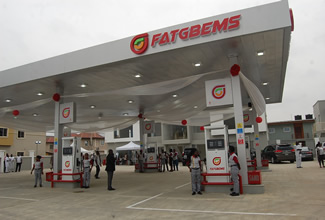 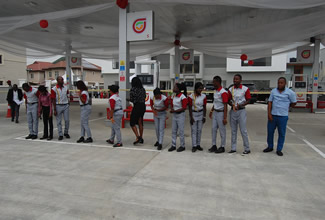 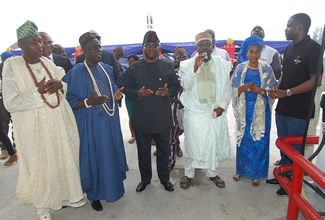 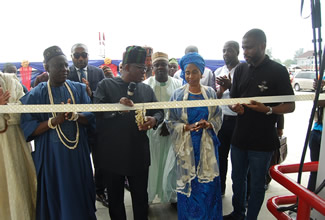